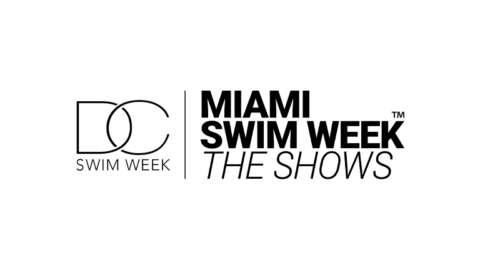 A Metaverse Fashion Project Launching  in Spring of 2022 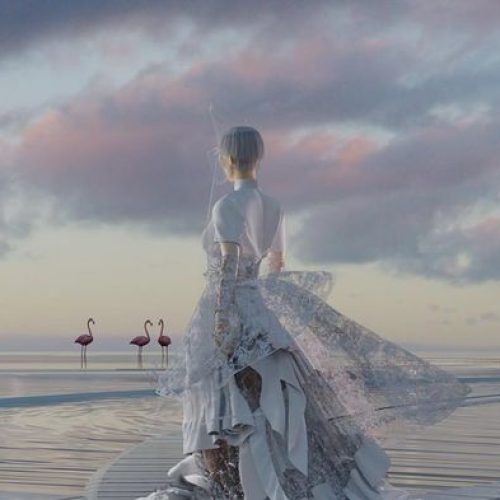 The Buzz is high on fashion Metaverse and NFTs in recent times. As we explore many verticals of the virtual worlds in  web 3.0, we invite you join the conversation and participate in our initial Metaverse projects. Our primary goal is to bring awareness to the commerce in Metaverse. Miami Swim Week has successfully completed its second web 3.0 experiment during Art Basel Miami 2021 and  schedule to launch the Metaverse Fashion Project  – ZED in the Spring of 2022

ZED is bridging the gap between the real and virtual worlds thorough real-life experiences. (evets, shopping, entertainment, learning, giving back & investing. Fashion designers and brands now have the opportunity to explore some of the cutting edge Fashion Metaverse projects 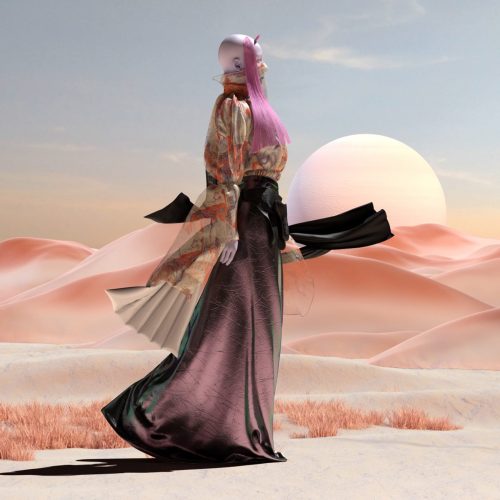 LEARN MORE ABOUT THE NFT MARKETPLACE
About the Metaverse

In true technical style, there is no single universally accepted definition of the metaverse. Simply put, the metaverse is a vast network of 3D worlds and simulations rendered in real-time for cooperation and participation. This is not a virtual reality experience or a virtual economy with avatars sticking out, but a way to maintain identity, objects, payments, history, and ownership continuity.

The metaverse market may reach $783.3 billion in 2024 versus $478.7 billion in 2020, representing a compound annual growth rate of 13.1%, based on studies by Bloomberg with data from Newzoo, IDC, PWC, Statista, and Two Circles. It is set to expand beyond AR and VR content, incorporating live entertainment and taking a share of social-media advertising revenue. According to that same data, the entire metaverse may reach 2.7 times that of just gaming software, services, and advertising revenue.

Navigating in the Metaverse

NIFTY for example, is a real-world experience that combines NFTs, business collaboration, and a marketplace, all built on the Ethereum blockchain.

SoftBank (one of the most influential tech companies globally) invested a whopping $93 million in The Sandbox’s metaverse game. And bridging the gap between the real and virtual worlds, Metahero is a 3D-scanning technology that recreates real-world objects, humans included, and recreates them into ultra-HD avatars. According to CoinMarketCap, Metahero already has an operational, 4K public chamber ready for scanning in Doha, Qatar, with plans to place more scanning chambers in Tokyo, Berlin, New York, Seoul, and more. MetaHero has ties with Sony (through exclusive partnerships), which is undoubtedly well-placed to bring the metaverse to homes through its PlayStation brand.

What is Metaverse Marketing

Have you ever wanted the chance to explore a whole new world? Imagine a world where a version of you can go wherever they want and do whatever they want with little to no restrictions of the real world. In this world, you can work, meet others, own things, sells things and buy things, get to be part of absolutely new experiences, or enjoy experiences in a way never before possible.

The Importance of Metaverse Marketing

Metaverse is a shift away from traditional advertising and toward the creation of brand engagements that are more experiential and thrilling while also being less intrusive than what we are now seeing with digital advertising.

Even before Facebook announced its decision to change its official corporate name to, and thereby increasing focus on the Metaverse, it was a contender for the top trending term in 2021. After the global announcement, however, searches for Metaverse (and all related terms) increased to a level that was completely unimaginable. Among those terms, Metaverse marketing also rose to the top tanks pretty quickly.

In addition to Facebook’s rebranding, it serves as yet another reminder that brands must act quickly in order to capitalize on the potential within the Metaverse, as technological developments throughout hardware, software, and connectivity are making human interactions and immersive experiences more believable than was thought possible. This, together with the behavioral shifts and our rapidly increased reliance on digital devices and forms in our everyday lives brought about by the pandemic, has opened the door to a plethora of opportunities to get involved.

On a metaphysical level, the metaverse can be considered the next digital evolutionary step of today’s internet – just as the internet and mobile technology were in the past three decades.

In the digital age, old online and offline marketing strategies, such as flagship stores, enormous billboards, and other conventional norms, are very quickly becoming obsolete. Everything from contextually focused commercials to Instagram influencers to platforms, such as Fortnite, Twitch, Roblox and TikTok, are gaining traction with people of all ages, doesn’t matter if they are very old or very, very young.

The phrase “in real life” has taken on a whole new relevance for those trying to establish a connection with the next generation of consumers today. Current digital marketing is simply not enough anymore. Marketing strategies must be fascinating, meaningful, and immersive in order to be considered successful. And this is exactly why metaverse is all but guaranteed to accomplish this for businesses of all sorts in the not-too-distant future.

Some of the earliest created websites managed to take their brand and business to the next level by just being there first. Brands today are being presented with the same opportunity but on a much grander scale. Using 3D virtual reality technology, brands now have the option to create fully immersive and interactive virtual venues, universes, locations from scratch. Brands can immediately take advantage of this in the metaverse to create virtual venues, worlds, and spaces in which to hold events and experiences. Brands can also collaborate with established virtual worlds to hold events within them, such as Gucci and Coca-Cola in Roblox and Decentraland, respectively. Fortnite also often adds new regions to the map in collaboration with brands such as Marvel and Disney. Although already a work in progress, the pandemic massively boosted the creation of virtual spaces and venues to accommodate events that had to be cancelled and the expected visitor count. The mass gathering of users was able to view fresh 3D content and experience events unlike they’ve ever attended before

In a world where people are spending a significant amount of time every day online, we have begun to place a higher value on digital assets and the showcase acquiring virtual ownership rights. Non-fungible tokens (NFTs) are the most widely used form of virtual ownership because they allow individuals, businesses, and creators to own these virtual assets and to transfer them with other virtual entities at will. Limited NFT editions have been released by some businesses (along with their other collections. Some of these businesses include top names such as Microsoft, Nike, Taco Bell, Coca-Cola, Pringles and McDonald. NBA Top Shot managed to earn over $700 million after they released limited edition NFTs. Despite the benefits and obvious financial gains, a lot of brands haven’t been able to achieve the same level of success because most don’t know how to go about the process. (The good news is that Maimi Swim Week’s – ZED (NFT marketplace solutions will make it easier for brands to start building their NFTs in a matter of days, but also to launch them as soon as possible.

People are willing to pay a lot of money for virtual possessions, including everything accessories for in-game play, virtual property and even fashion. Most users are willing to pay just about any amount to make their avatars look unique and give them special abilities in games and social apps, just as they would in the real world, as more creativity and design variation is supported in games and social apps.

The creation of new social interaction methods and in-game wearable items offers the most direct potential for most brands. Partnering with games such as Fortnite, Roblox, and League of Legends have introduced the most promising opportunities. They will work closely with consumers and marketers to develop something that adds value to the gameplay (on a natural progression) on their platforms (as was the case when Fornite decided to partner up with fashion powerhouse Balenciaga. On platforms with open marketplaces, such as Animal Crossing, Skater XL and even The Sims, users will be able to create custom-branded skins for their online personas. Augmented reality (AR) and virtual reality (VR) have created new avenues to incorporate fashion in the virtual world. And because AR and VR have all but removed the limitations of real-world fashion, its scope will know absolutely no bounds. Virtual fashion has the capability to affect real-world fashion and vice versa. Meaning that by focusing on AR and VR technologies, fashion brands can significantly profit.

Increasingly, the distinction between real and virtual interactions is becoming blurred, resulting in new types of entertainment and immersive virtual reality experiences. These new experiences are frequently participatory and shared by a group of people nowadays. The result of all this is the transfer of real-life behavior to all sorts of digital platforms and creating absolutely new reality. More and more companies are experimenting with live events in this space. For the premiere of the film Without Remorse, Amazon Prime created a real-life gaming experience (which was the world’s first). The event was streamed live on Twitch. The event was set up like a stage production, with game-like interactivity, was given the effect of a commercial, and streamed much like a sports event would’ve been.

Currently, the most frequent way to have these experiences is through mobile AR, but Snapchat’s new glasses are a major step ahead. Unlike prior attempts, these lenses superimpose AR directly on the surface of the scene through the lenses, rather than retroactively supplementing film. Snapchat also announced connected lenses, which allow you to share your AR experience with someone else who is using a similar device bringing a sense of reality to the digital world.

The best and the most important lessons brands and retailers all around the world realized during the pandemic was that creating your digital presence can no longer be ignored. After the pandemic cause the whole world to shut down, merchants rushed to create digital versions of their businesses since real-life versions were no longer accessible. If customers cannot physically visit you, you must bring your brand’s 3D experience to them. Fashion giants created a whole new way to engage with customers and buyers. The immersive experience itself included everything a customer would need to know, including textures, the fit and style of each and every item to help them make their shopping experience a lot easier.

Taking Advantage of the Scope of the Metaverse

Taking Advantage of the Scope of the Metaverse

Be it through future technologies or with your current devices, the Metaverse will be everywhere and could be accessed from anywhere. At this point, even a small brand has the ability to make a name for itself in the Metaverse but more importantly spread its presence everywhere. More and more brands are realizing that and taking steps to take advantage of all the Metaverse has to offer. The time is now! Get onboard with creating your fashion projects in the Metaverse with ZED