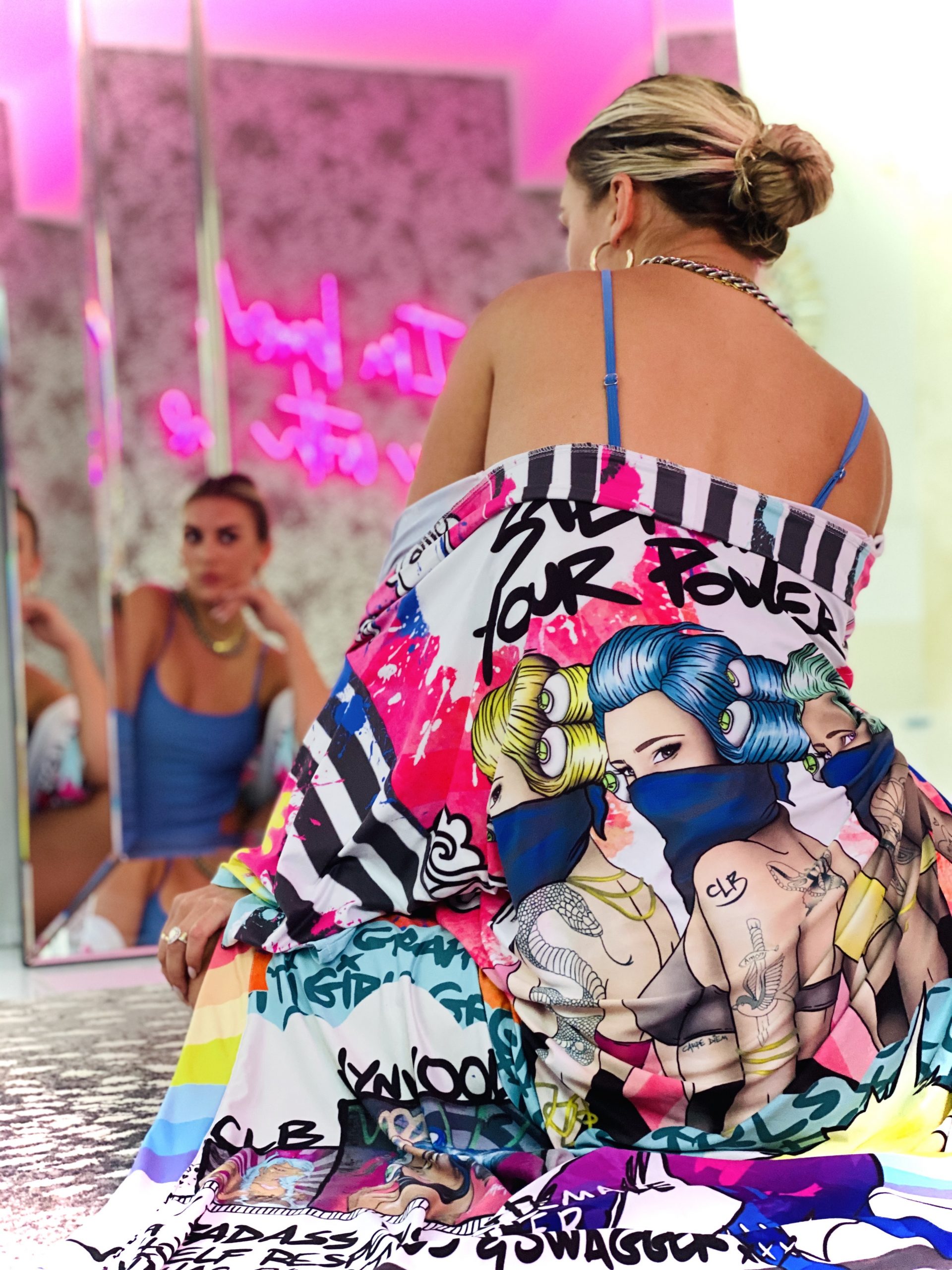 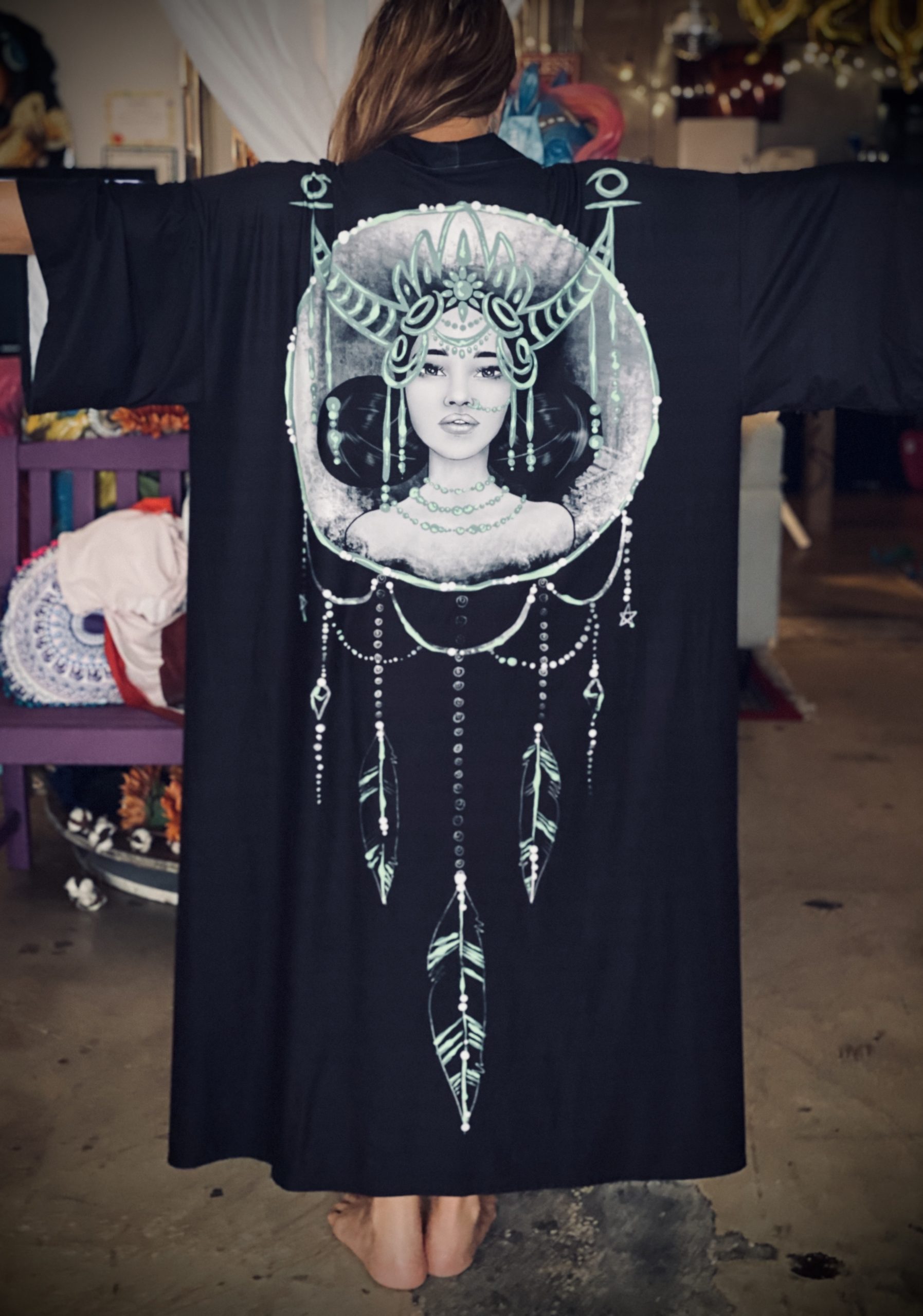 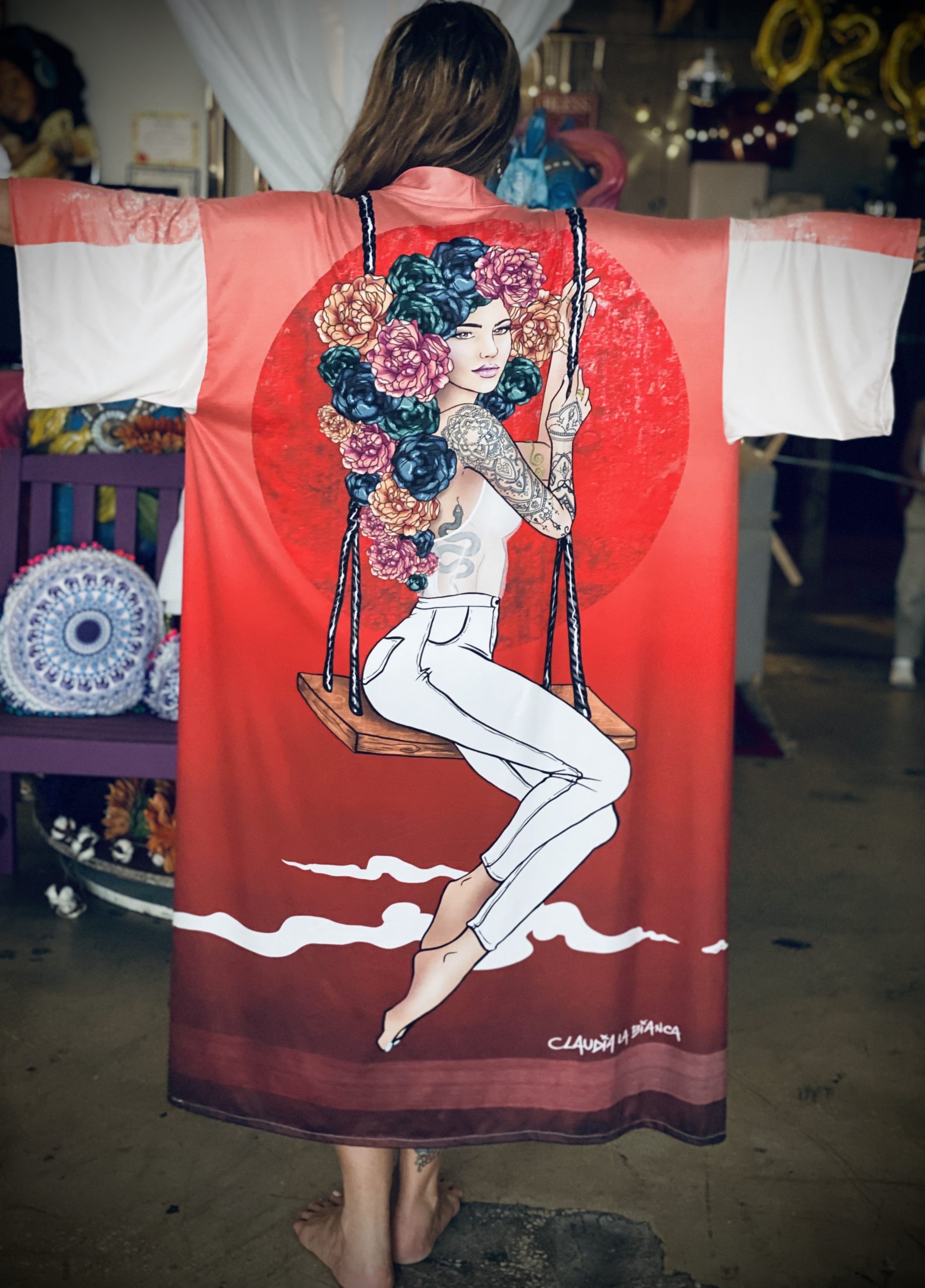 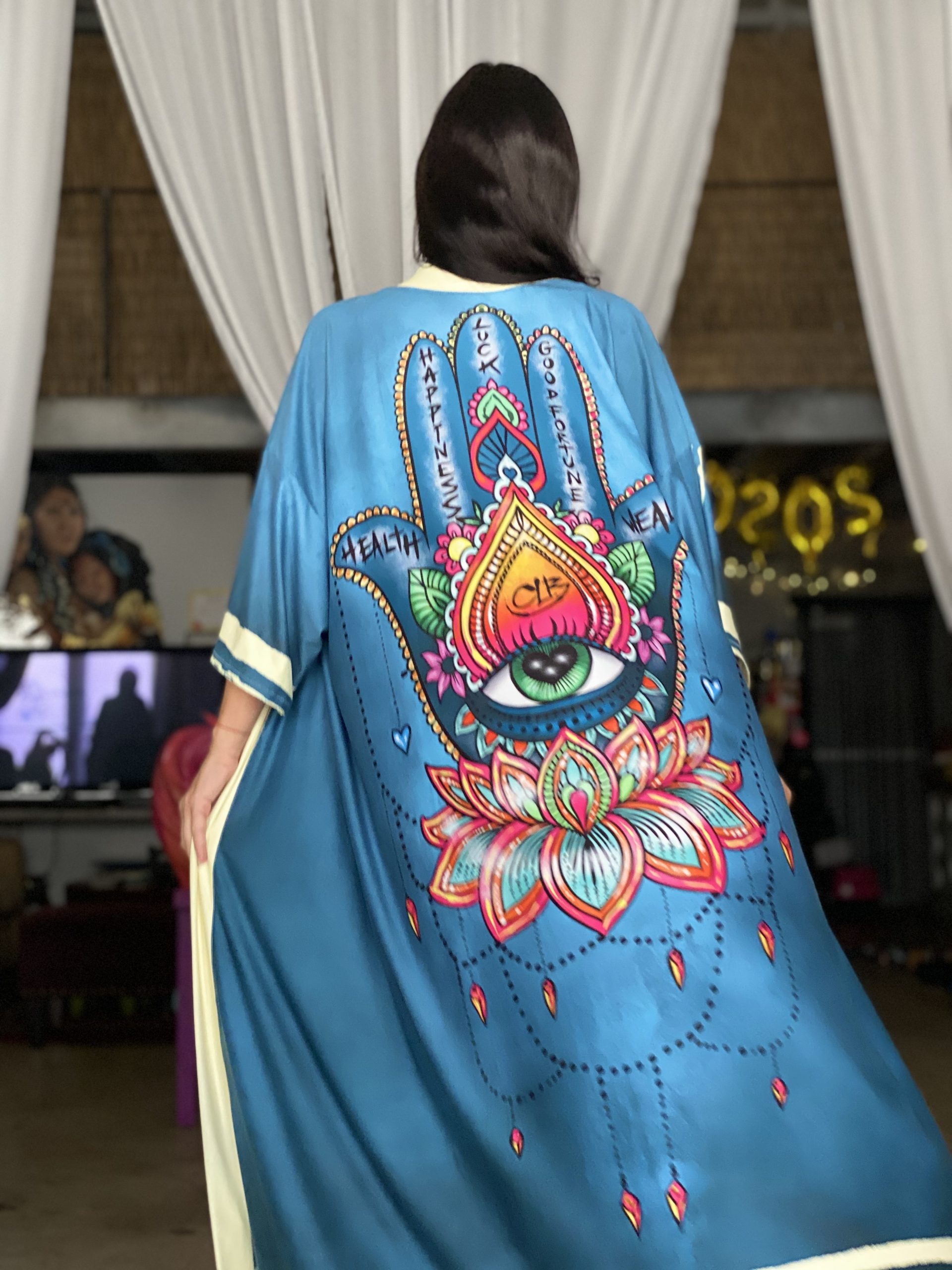 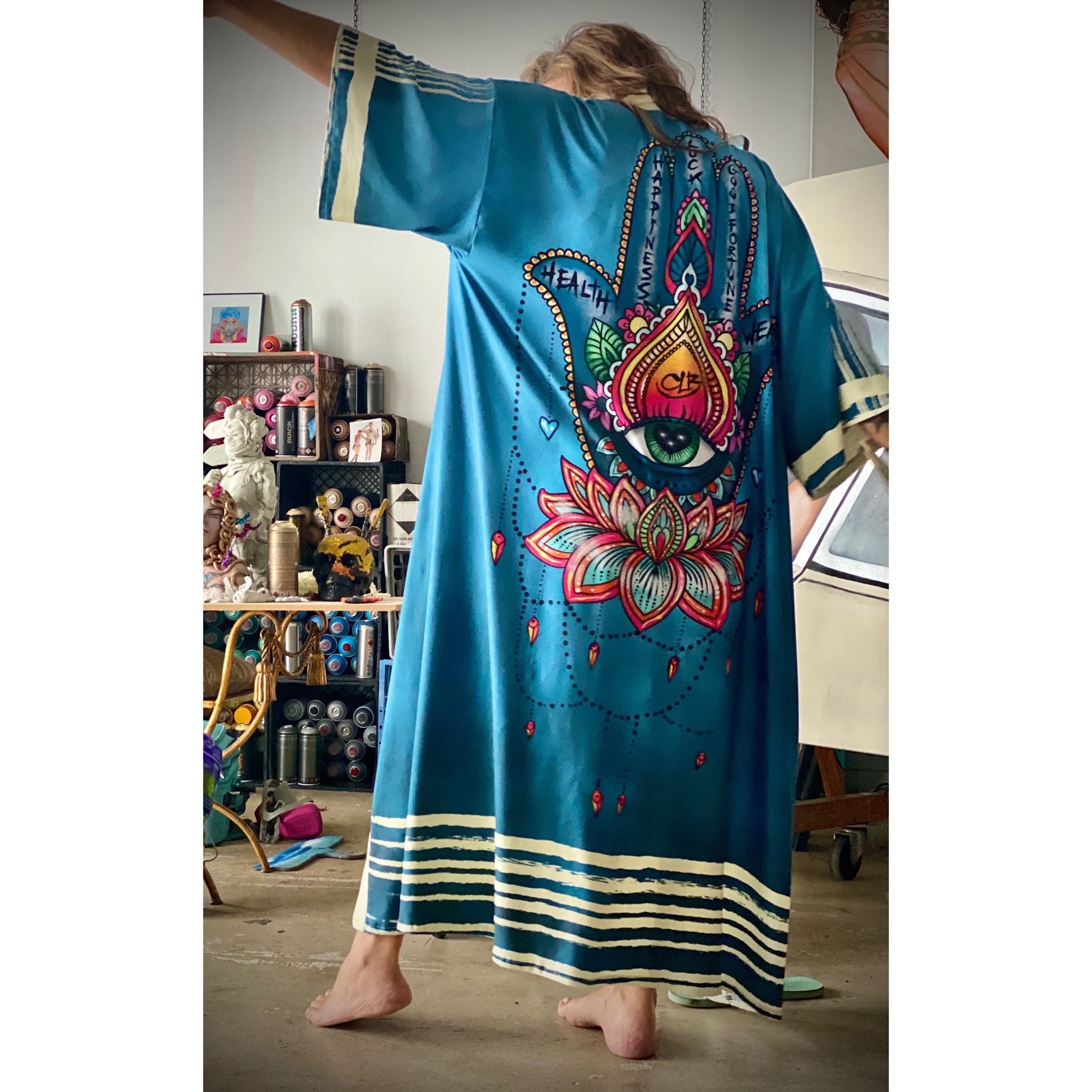 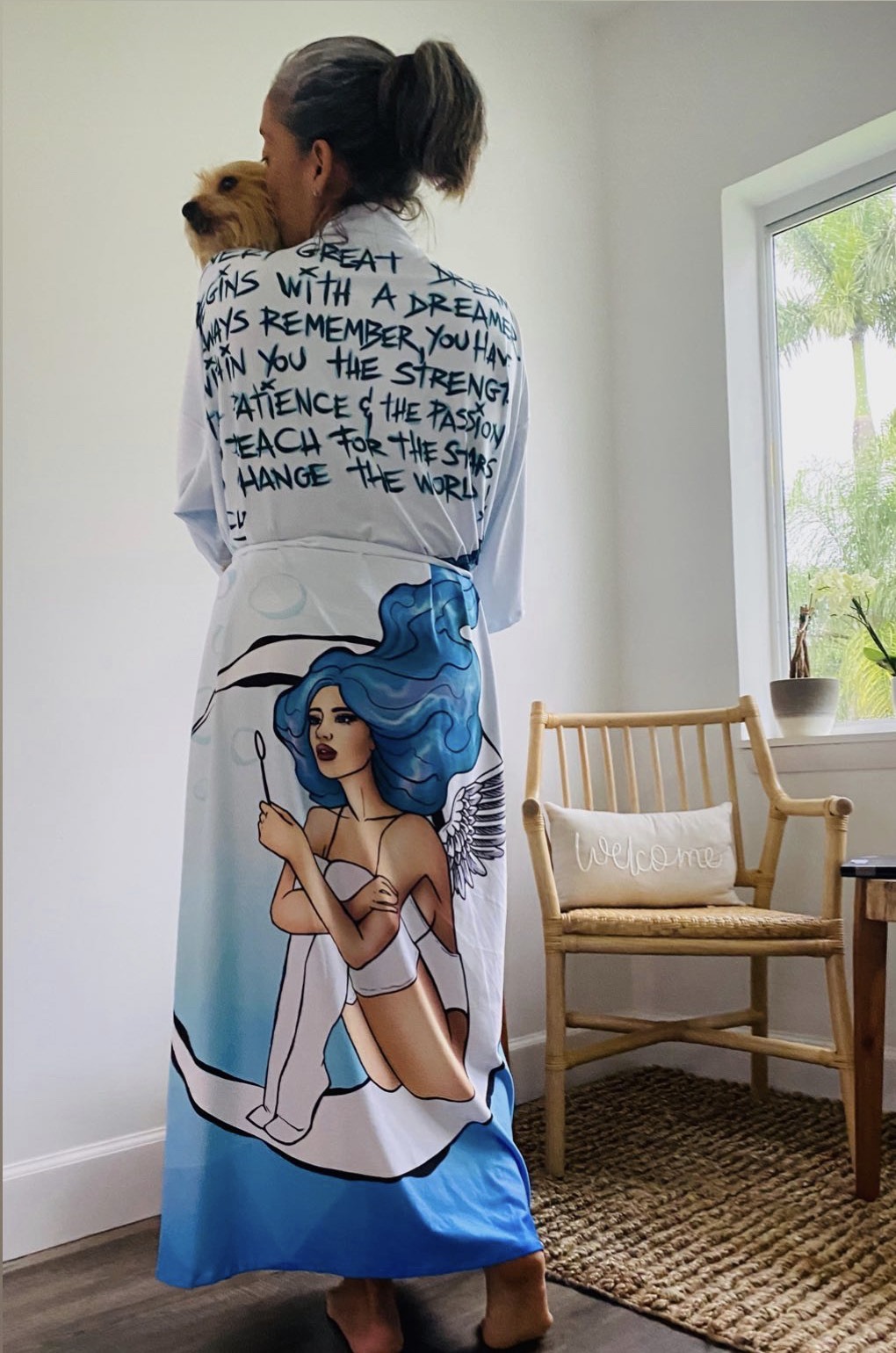 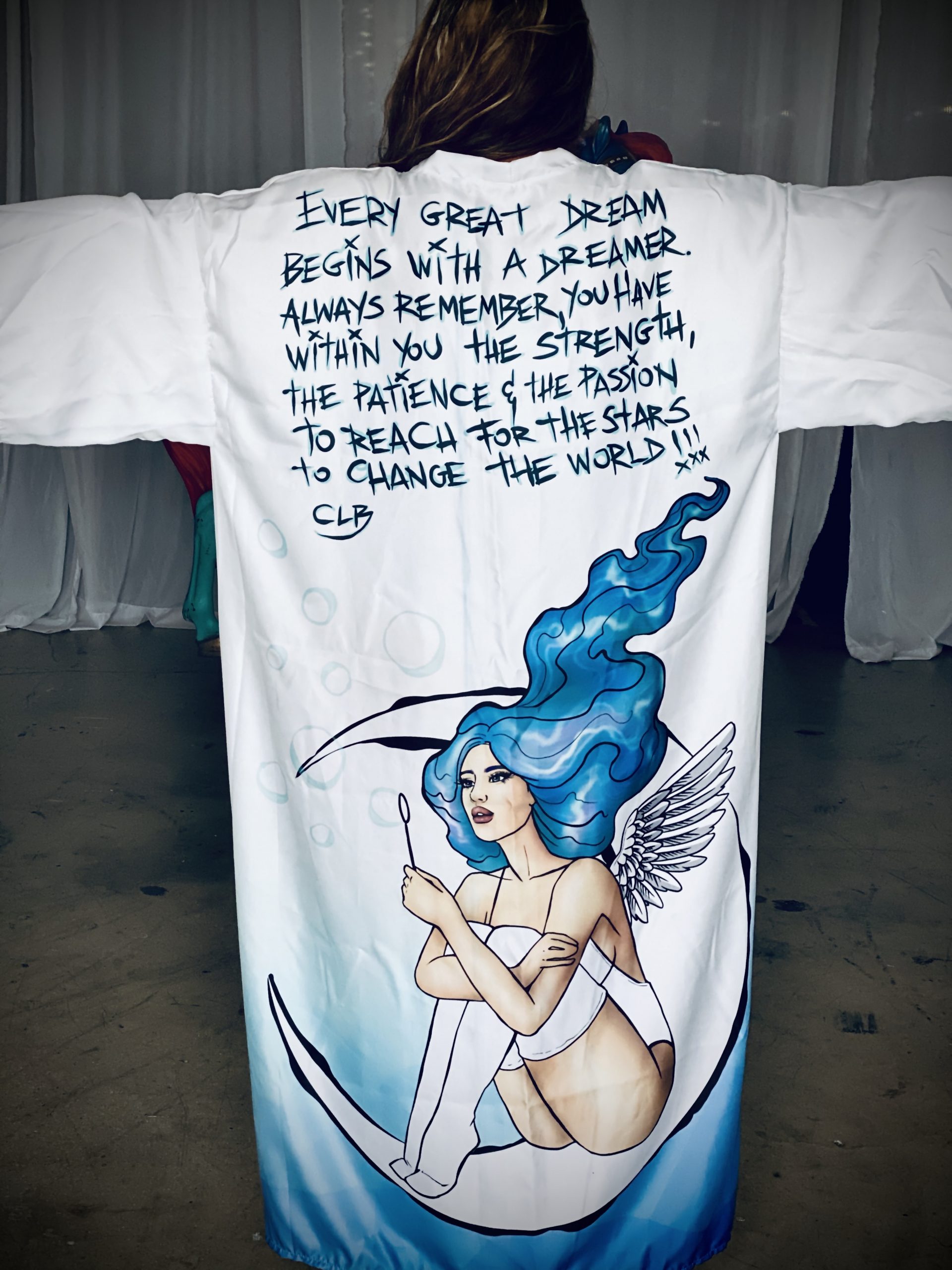 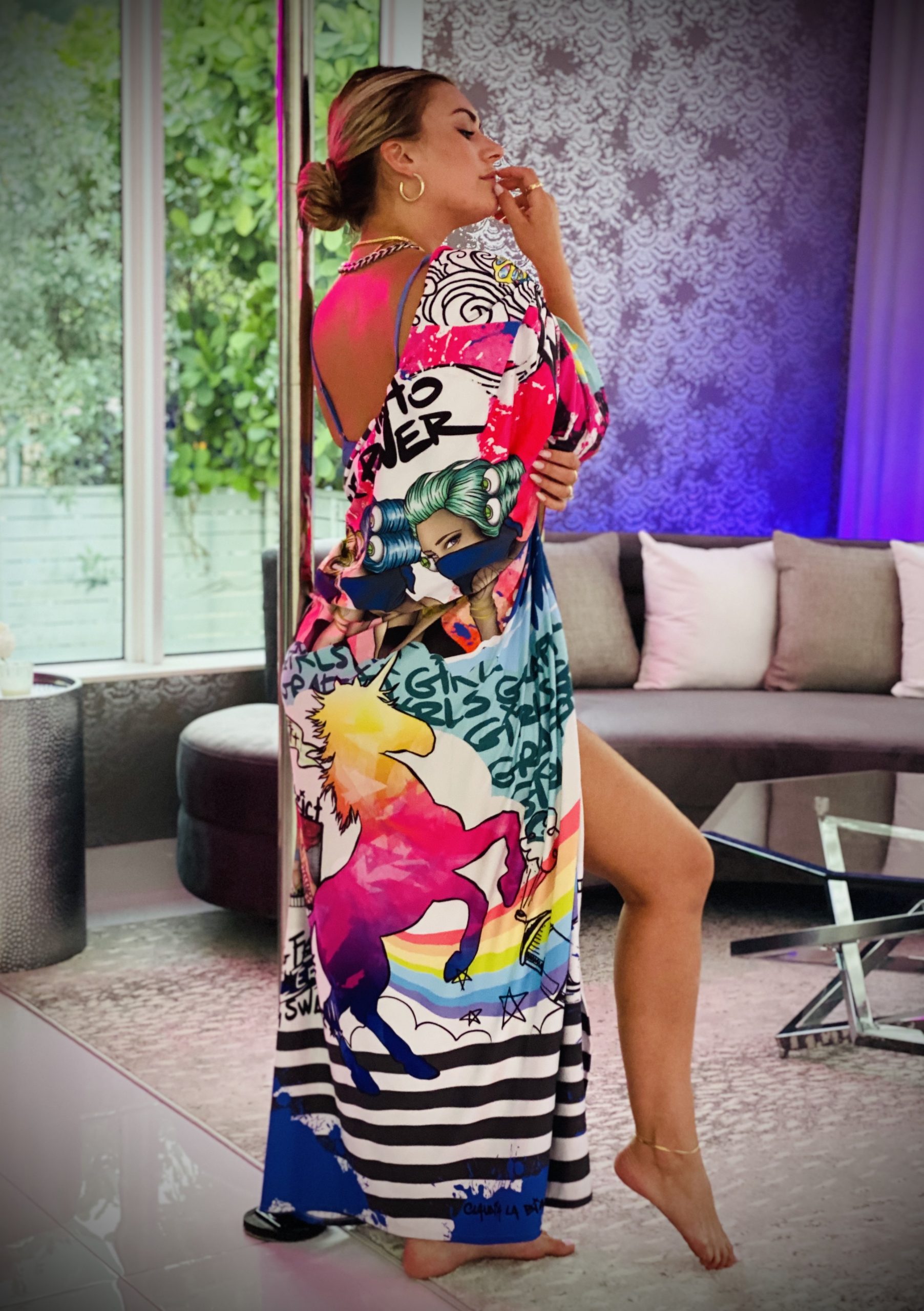 Claudia La Bianca, originally from Bagheria Sicily is now a passionate and conﬁdent Miami based visual artist with over 20 years experience in the visual arts, from large size murals around the world to the sensitive art of storytelling through her ﬁlm making, she possesses a strong sense of forward thinking that is consistent in all her work.

Her work embodies female empowerment without marginalizing any one group, her inspirational tagline is “Step into your Power”.

She started her education at L’Istituto Regionale d’Arte di Bagheria Italy and received a Masters degree in Fashion Design, Graphic Design and Painting.
From there she attended the New York Film Academy for their Comprehensive Film Making Program. After producing directing and editing several short films, she earned awards at The Solunto Film Festival, Woman International Film Festival and at the Florida Film Festival.

This is when Claudia discovered street art. Being a Wywood Miami resident since 2002 and a muralist since childhood, she quickly became one of most prolific street artists in this revolutionary art district. She has been credited with having the most murals throughout the district. Her art, inspired by Renato Guttuso ad Guido Crepax’s comics depicts women as sexy powerful women who “step into their power”. She made international news when she created the non-political “United In Love” mural which depicts the two most current First Ladies, Michelle Obama and Melania Trump hugging. This murals was made to inspire one united country putting race and politics aside.

Most recently, Claudia was inspired by the Covid19 pandemic and dedicated two 104 foot murals to Jackson Memorial Hospital in Miami Florida. This garnered national and international press. She is now being asked to bring her murals not just across the nation, but also global to celebrate the hero nurses. She has requests from as far as Italy, Germany and even Russia.

This transcended into her Kimono project. She partnered with The Breast Cancer Foundation of Florida to donate a portion of the proceeds to this great organization.